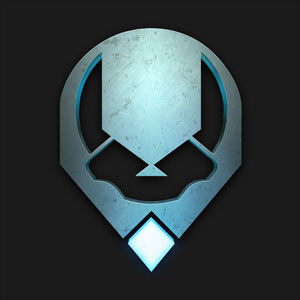 An indie game studio based in New Zealand.

Dance the tango of death in GRABITY, a fast-paced, physics-based arena brawler. Combat robots duke it out using Grab guns to turn nearby objects into lethal projectiles or makeshift shields in intense tactical throw-downs.

Players subvert gravity by means of Grab guns, seizing nearby objects and using them as projectiles to pulverize the opposition, or as makeshift shields to block inbound items. Players need twitch reflexes and precise aiming skills, but Grabity also rewards tactical thinkers who can outmaneuver and outwit opponents in this intense, chaotic tango of death. Jostling for position in a contest of aerial agility, players must turn gravity to their advantage, predicting the trajectories of both projectiles and rival players to secure a brutal hit while snatching their next crate in midair: lobbing objects while blocking attacks, mêlée ebbing and flowing in an elastic ‘footsie battle’ style.

It all makes for a frenetic, fast-paced game in which the arena evolves kinetically as players smash, grab and loot their surroundings – dashing for pickups, hovering momentarily to nail the perfect trajectory and squabbling over the last of the environmental ammo. Intuitive twin-stick controls provide a fluid experience that’s simple to learn but hard to master.

Grabity features a variety of special grabbable items in addition to regular crates and canisters. One of these can give you the edge over your opponents, but players must balance risk versus reward when attempting to make use of them.

Pickups are special items that can augment combat bots in a number of ways:

Clashes take place in a variety of harsh and hazardous robot testing arenas, stylish, futuristic junkyards designed to evolve with the battle as the players grab, launch and smash objects around them. The gritty, dystopian setting is balanced by magical moments of manic, slapstick comedy as players squabble over ammo and try to outmaneuver and outwit their opponents.

Classic free-for-all combat action. Players choose a time limit, with the winner decided based on points.

Last bot standing! Players receive a certain number of lives, and have to knock out their opponents in order to win.

King of the Crate

In this mode, players can only score by grabbing and holding on to the King Crate - there is only one! Should you retain the King Crate and increase your score, or throw it to smash an enemy coming to steal it from you?

Every time you kill another bot, your bot gets larger and tougher. On the flip-side, you become a much easier target for flying crates! Can make things more fun if one player has more experience with the game than the others.

Shoot some hoops, crack some skulls in this frenetic basketball-style game mode. Best played 2v2 with teams, but can also be configured for all-against-all craziness!

For a unique twist, try Low Gravity - where everything bobs and floats in a sea of confusion! Players must adapt their gameplay style to cope with a fundamentally different physics mode.